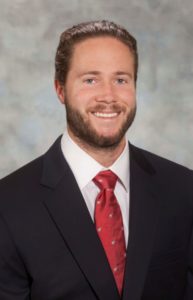 LONGWOOD, FL – AUGUST 13, 2018 – Sean Jennings has been elected President of Waste Pro USA by the company’s Board of Directors. Waste Pro is the third largest privately owned waste company in the United States.

A third-generation garbage man, Sean Jennings is the son of Waste Pro Founder/CEO/Chairman John Jennings. Growing up, Sean was involved in every aspect of the business during summer vacations. Following graduation from the University of Alabama, where he majored in economics and finance, Sean spent a year working in collection and landfill disposal in Costa Rica.

Upon his return to the States, he spent a year in operations and landfill construction in Georgia and Mississippi.  In 2014, Sean became the Division Manager for the Tampa-Clearwater area and then assumed management of the Bradenton-Sarasota Division in 2016, building CNG and recycling facilities to meet the needs of Manatee County’s seven-year contract extension.  Sean is very proud of his local team which has been Waste Pro’s highest performing division for 2017 and ‘18.

In addition to his promotion as President, Sean serves as Corporate Secretary as well as serving on different community boards.  “Sean has demonstrated a keen understanding of communication as well as the financial and operational aspects of our business. He was instrumental in introducing the millennial outlook to our culture and is proud of the accomplishments of his fellow Young Leaders Initiative, which has produced several under 35-year-old Division Managers”, said CEO John Jennings.

Earlier this year, Sean Jennings was honored with a 40 Under 40 Award by Waste360, the leading waste industry publication, at its annual Waste Expo in Las Vegas. The award “honors the next generation of leaders shaping the future of the waste and recycling industry.”

“I’m very honored to be named President and am eager to work with the outstanding Waste Pro team across our footprint. As an industry, our future is bright, and I am very thankful to be a part of it” Jennings stated.

Get Off Drugs | Waste and Recycling Workers Week Sponsor