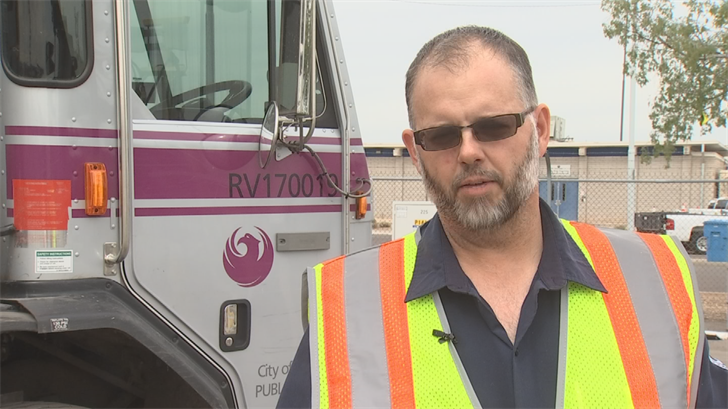 A family is thankful to a passerby who saw flames shooting up from the backyard of a west Phoenix home.

The family inside didn’t have a clue about the fire outside. The hero is Scott O’Connor, who was driving by in his garbage truck when he saw the flames.

“The fire was starting on the porch of the house. By the time I stopped the truck, I assessed that the fire was getting larger and out of control,” Scott said.

He jumped out of the truck and ran to warn the family inside.

Luckily, everyone, including a 4-month-old got out OK.

The was near 51st Avenue and Coolidge Street is remains under investigation.

Garbage truck driver saves the day! Today one of our garbage truck drivers, S. O’Conner, noticed a house was on fire. He ran to the house, let the family know and they safely exited. The family is grateful for the driver’s quick action and alert. #TeamPhx #community