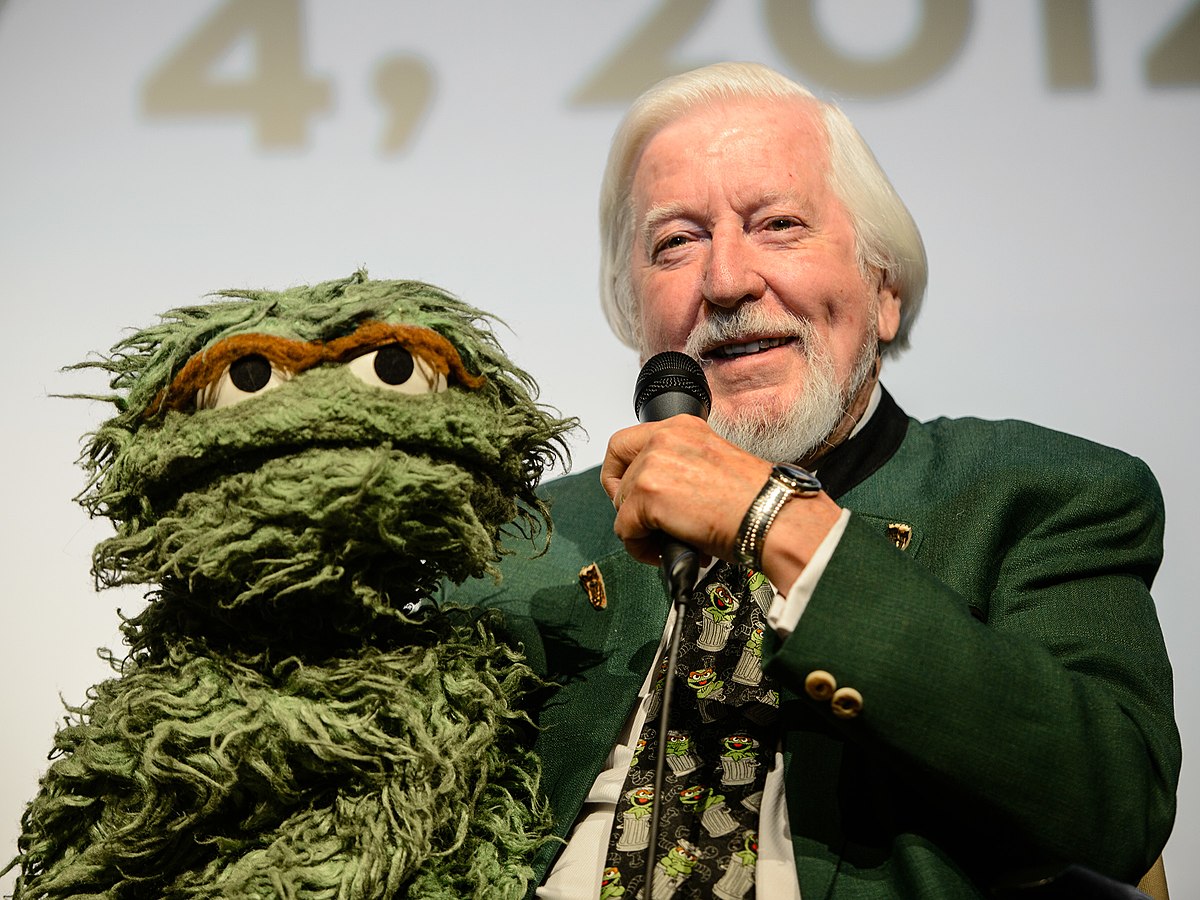 Oscar the Grouch
Sesame Street character
Caroll Spinney with Oscar the Grouch 2014.jpg
Oscar (left) with actor Caroll Spinney, who plays him.
First appearance November 10, 1969
Created by Jim Henson
Portrayed by Caroll Spinney (1969–present)
Eric Jacobson (2015–present) (understudy)
Information
Aliases Oscar
Mr. Grouch
Mr. Oscar
Oskie (Grundgetta’s pet name for him)
Son (by his mother)
Species Grouch
Gender Male
Oscar the Grouch is a character on the television program Sesame Street. He has a green body, no visible nose, and lives in a trash can. His favorite thing is trash, as evidenced by the song “I Love Trash”, with a running theme being his collection of seemingly useless items. Although the term “Grouch” aptly describes Oscar’s misanthropic interaction with the other characters, it also refers to his species. His birthday, as noted by Sesame Workshop, is on June 1. The character is performed by Caroll Spinney, and has been performed by him since the show’s first episode. Since 2015, Eric Jacobson has been the understudy for the character. Oscars real first name which he revealed at least twice and once in a song is “Sid?