From the Horse-Drawn Cart to the Computer Age – Waste Material Trucking Company, Inc.

Much has transpired since 1937! The company’s business footprint has changed dramatically over these 8 decades. 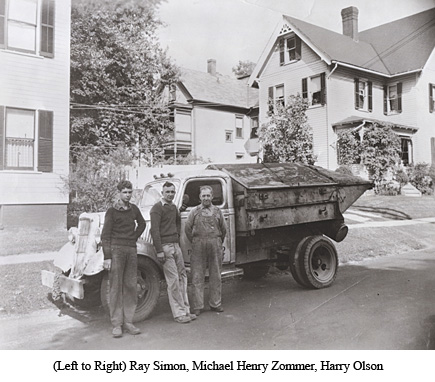 From the 1930’s through the 1950’s, many Plainville residents burned trash in their own backyards in homemade incinerators. Mr. Thaddeus Zommer, an enterprising immigrant from Poland, was a pig farmer who owned land off North Washington Street. In 1937, he negotiated with the town to take his horse-drawn cart around town to pick up food scraps from households once a week, which he would feed to his pigs. Then just once per month, Tad would collect ashes along with tin cans and bottles and bring them to the town dump, which was located right in the center of town, behind where today’s modern Municipal Center stands. During the war years, as a precursor to modern recycling, Tad salvaged the cans to support the war effort.

Tad’s son, Michael T. Zommer, operated Waste Material along with his wife, Helen, during the 1950’s and 1960’s. Michael was instrumental in helping the town to negotiate the purchase of a parcel of land on Grainger Lane, land that became the town’s new waste disposal site and still serves today as a landfill for yard debris. During this era, Plainville resident Fred Bradley came to work on the trucks and he continued as a company employee for 48 years up until the time of his death in 2009 at the age of 78.

In the spring of 1956, Waste Material entered a new era when Mike and Helen’s only son, Michael Anthony Zommer, took a chance on expanding the small company into new territory. As a young married man of 25, with three young children and a wife to support, Mike decided to grow the family business. Mike began knocking on doors in brand-new subdivisions springing up across Southington, Connecticut, a 36.8-square-mile town just south of Plainville.

He successfully signed a number of new customers in the first year based on his persuasive offer, “Let me do you a favor and haul your garbage to the dump,” Mike offered, all for the remarkable rate of $1.50 a month! Mike came like clockwork every week and hauled away his customers’ household trash from curbs and backyards. Waste Material still serves some of these same families who answered Mike’s knock on their door in 1956!

Michael A. had a vision to expand into Farmington, then Newington. Municipal and elected officials could always rely on Mike to help the towns deal honestly and fairly with expensive and sometimes difficult transitions as the municipal solid waste industry evolved, such as landfill closures, waste processing plant openings, and state and federal mandates. During the 1970’s, the company grew, and the fleet of trucks expanded from two trucks to six trucks.

Mr. Zommer tutored his family in the ethics of customer service and honest, hard work. Today his son Mark, with a college education in tow, leads the company as its president. He is raising his family with three small children in Farmington. He has guided the adoption of several new generations of waste trucks and equipment, and launched one of the first town-wide recycling collection programs in 1990 in Farmington. He also launched fully automated trash collection in 1995.

The company grew a great deal during these two decades with the addition of commercial dumpster services, an increase in sophisticated recycling services, and the sheer number of households served. The fleet of trucks also expanded during this period, up to 12, then 15, then 30 trucks in 2000 and a total of 50 employees. As the technology for automated trucks improved, WMTC grew increasingly more efficient and required less trucks and labor. 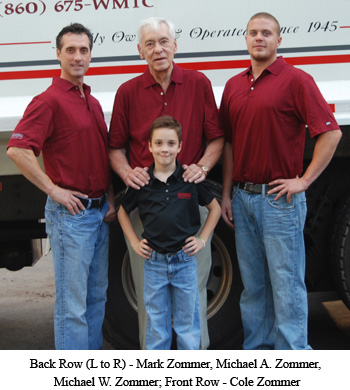 It’s fair to say that when a trash company can retain employees for as long as 59 years, the evidence of mutual trust and respect is clear. WMTC was one of the first family-owned trash companies in Connecticut to establish an employee benefits program. The program reflects the pride and gratitude that WMTC feels toward their employees.

“It’s an affirmation of our appreciation for the work they do to contribute to our legacy of service and our role as good corporate citizens,” says President Mark Zommer.

Mark leads the day-to-day business of Waste Material Trucking Company and is responsible for the success of route and administrative operations. He earned a bachelor’s degree from the University of Connecticut in 1987, where he studied business and communications. After college, he joined the family business at an important juncture, just prior to statewide mandatory residential recycling. In 1989, he took the initiative in the town of Farmington to launch curbside recycling and found markets to purchase collected recyclables, before state mandates became official. In 2000, he stepped in to rescue the city of West Hartford when its hauler defaulted on its contract. He successfully fulfilled the subsequent contract with West Hartford which effectively doubled the size of the company during its eight year term. Mark has been instrumental in modernizing and formalizing the company’s workforce and workplace to keep pace with today’s high standards for environmental protection, roadway safety, and workplace safety. He stays current on industry trends, technologies, and products to provide WMTC’s customers with the best service possible.

Linda married Mike in 1959, and leads the financial management functions for Waste Material as she has since 1970. In the 1980’s, Linda was responsible for converting the company from paper to electronic customer data. In the 1990’s, she launched the first company website. She is the principal liaison between the company and its banking, lending, legal, and insurance advisors and provides 40 years of continuity and stability in these essential financial relationships.

Born and raised in Plainville and a graduate of Goodwin Technical School, Mike took over WMTC with help from his mother, Helen Zommer, in the 1960’s and grew its footprint beyond Plainville to Farmington and Southington. He successfully bid on the Newington curbside waste contract in 1973 and fulfilled a 4-year contract term. He negotiated the first contract with the town of Farmington in 1972. WMTC enjoys 39 years of continuous service there based on a series of renegotiated contracts and consistently reliable value and service. Mike was a trustworthy advisor to town leaders throughout the area when central Connecticut’s landfills began closing in the 1980’s. For his exemplary leadership in small business and service to the town of Plainville, the Rotary Club awarded Mike with a Lifetime Achievement Award in Business. Today, Mike is primarily retired and continues to support the company in an advisory role. 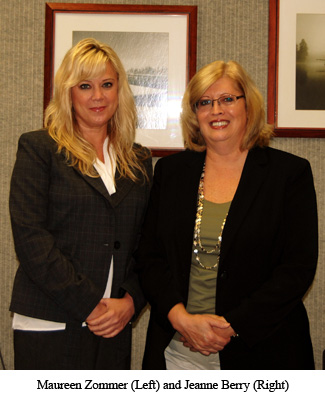 In addition to the three principal officers, WMTC employs four people in administration and management and 16 salaried and hourly laborers who maintain trucks and operate routes.

Since 2005, hailing from Bristol, Tennessee, Jeanne Berry has managed administrative operations at WMTC’s main office on New Britain Avenue. Jeanne is an integral part of company’s day to day activities; she wears many hats ranging from customer service, to dispatching. She is also a staff coordinator and organizes monthly employee appreciation luncheons.