This is how its done! It’s Dumpsters on Parade in Huntington Beach 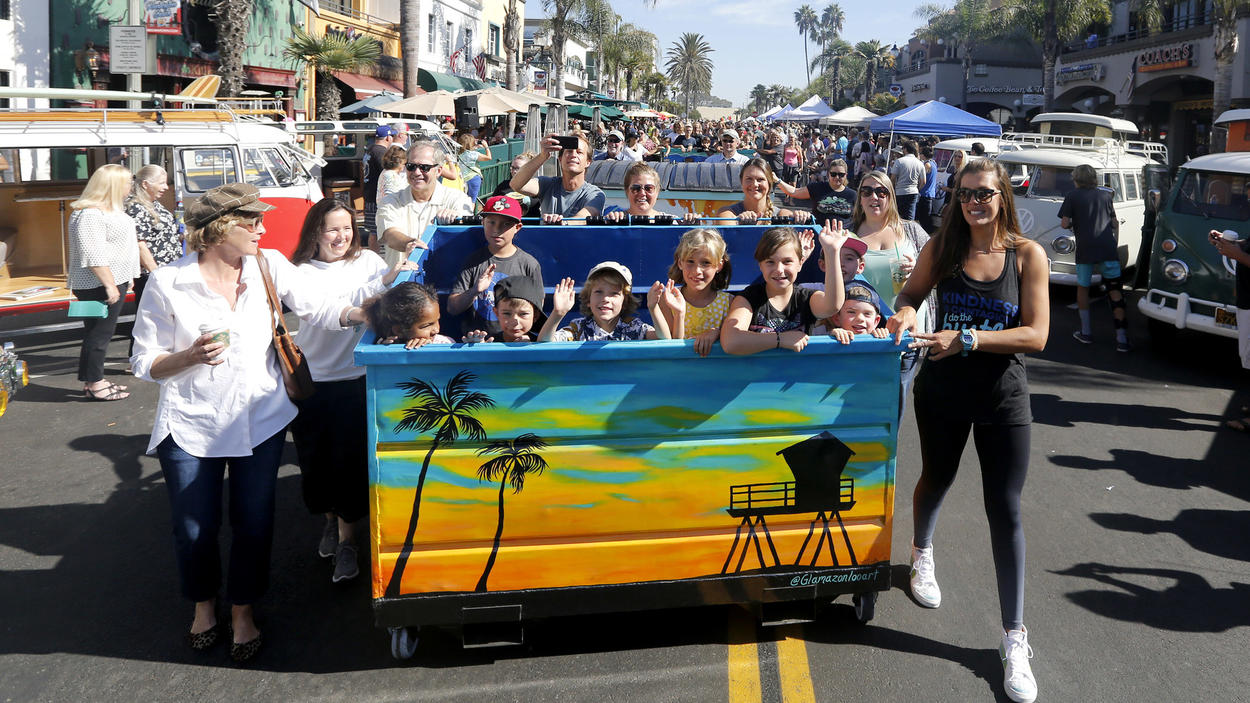 Thirty trash bins featuring paintings by local artists were paraded down Main Street in Huntington Beach on Saturday as part of a local group’s ongoing mission to beautify the downtown area.

Crowds lined up to watch the Dumpsters on Parade procession, which included Mayor Barbara Delgleize pushing one of the bins down the street. 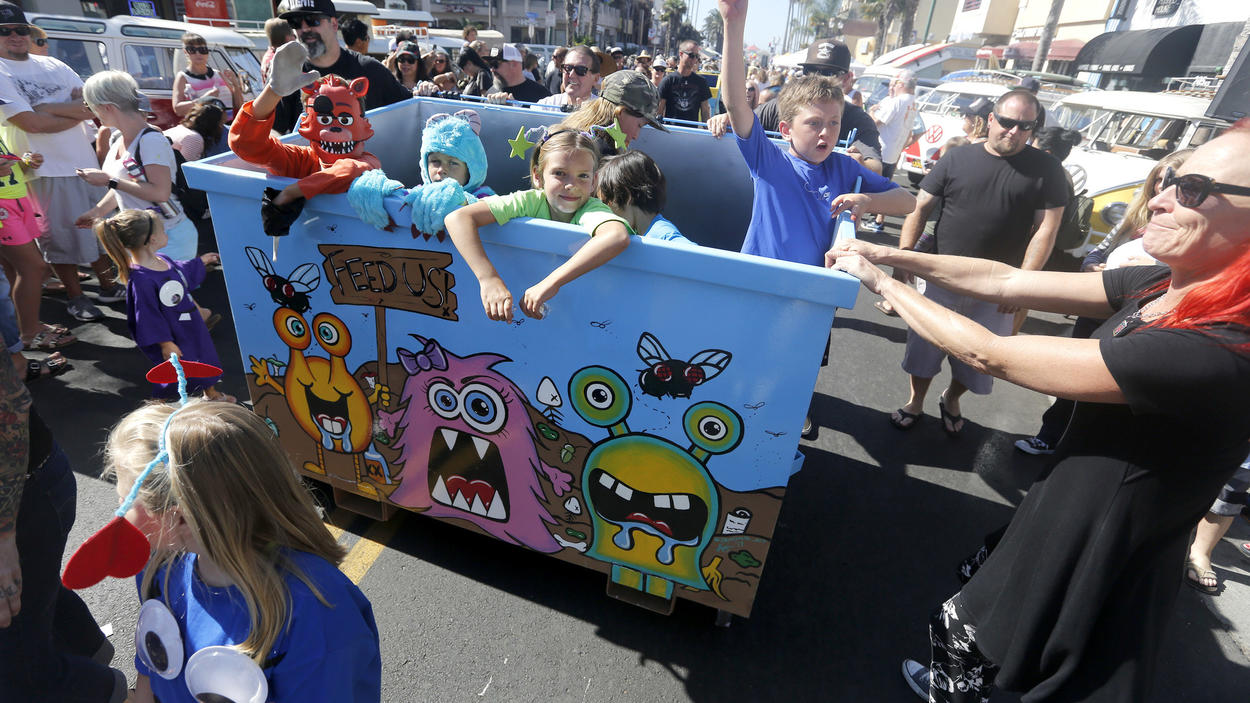 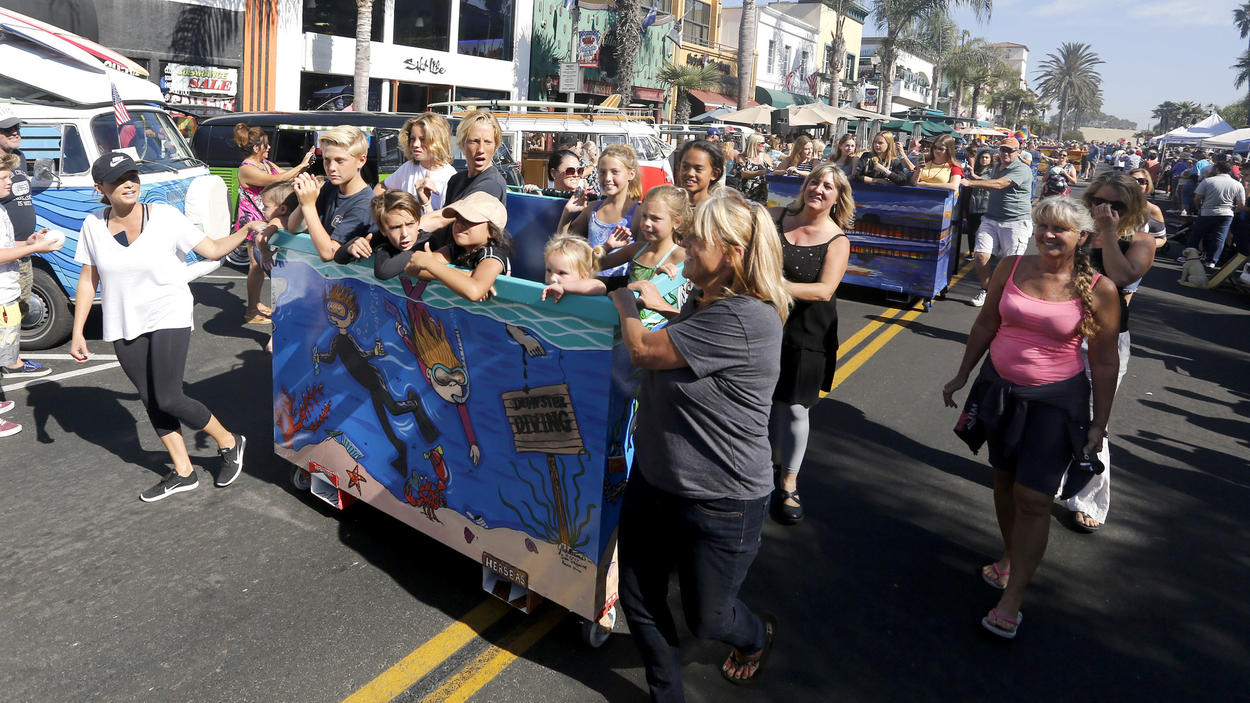 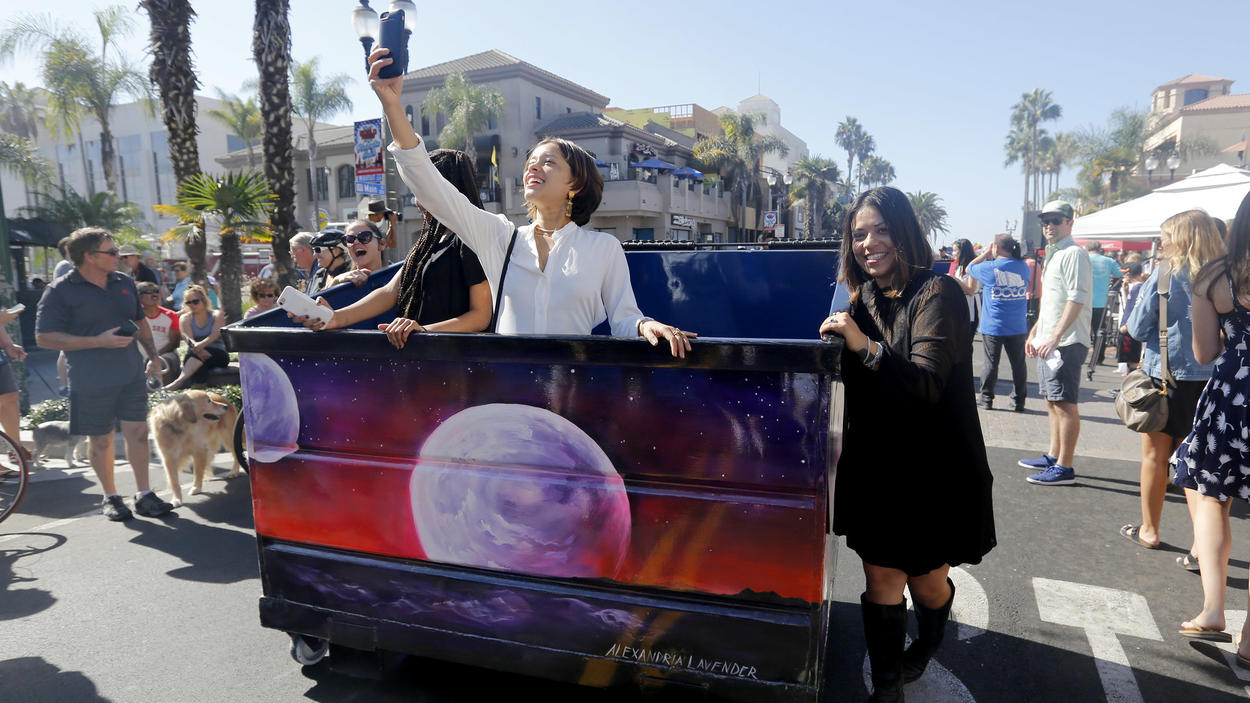 The containers will be placed throughout downtown.

The parade was organized by the Huntington Beach Public Art Alliance, which is putting together projects intended to beautify downtown and eventually other parts of the city.