Garbage City and the Cave Church

They are called the untouchables. There are almost 50,000 of them, they are almost entirely Christian, and they literally live in the dumps.

In Cairo, for one reason or another, the Muslims will not work as trash collectors. Perhaps it has to do with their religious beliefs or maybe because as the majority population, they just refuse to do such a disgusting job. Whatever the reason, the job falls to the Christians.

Driving through the dump I discovered that this wasn’t just a place to work, it was where they lived. You can imagine the incredible stench produced when garbage from a city of 16 million is piled together and bakes in the sun in temperatures above 115 degrees. Yet the Christians complete their work, many with smiles on their face.

I ponder the reason for these smiles. Surely it isn’t that they enjoy their circumstances. Perhaps it is because they have discovered the difference between happiness (which is a temporary emotion) and joy (which is the assurance of their salvation and anticipation of being with Jesus). 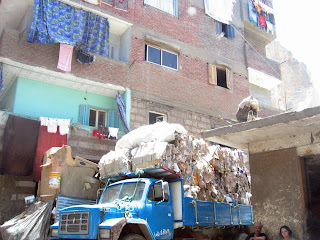 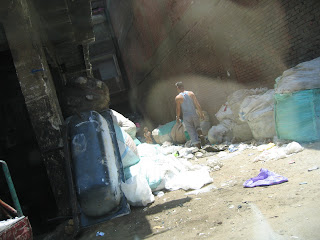 A Child at Play in Garbage City

But, as he always is, God is at work. One must drive through Garbage City to come to the cave church. A massive church cut deep into a rock of sheer limestone. You can tell from the photos how big the place is. What you can’t see is that the church conducts services every day of the week, filled to capacity. 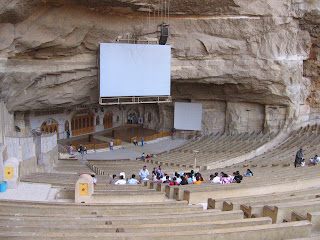 Cave Church from halfway up
Posted: November 5, 2013/No Comments