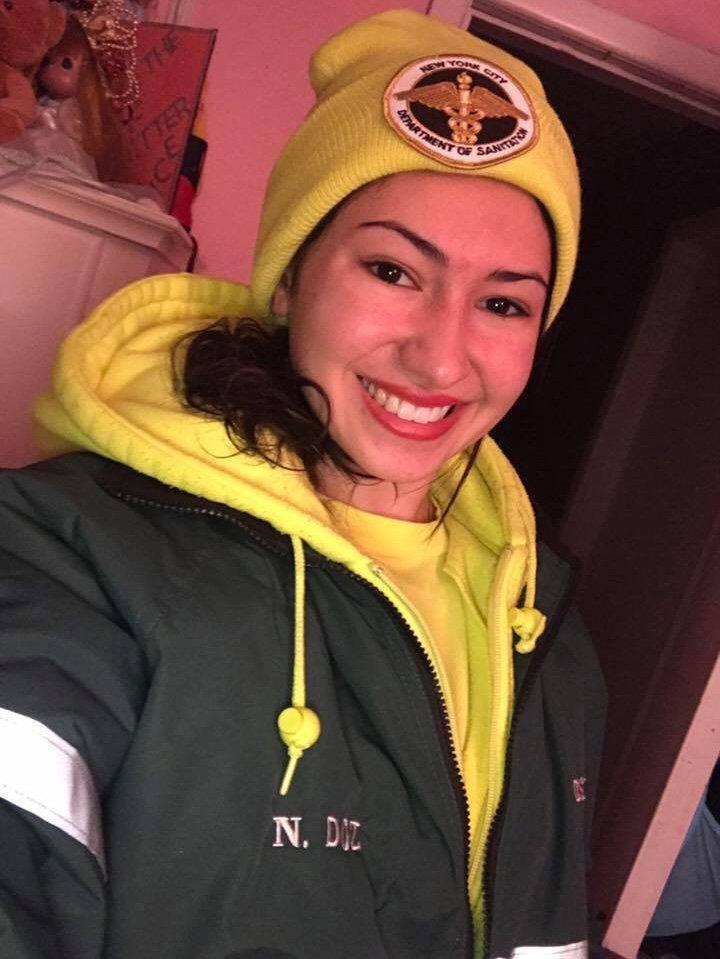 It’s a family affair: “My father, John Doz, has been a sanitation worker for 18 years. My uncle, Jayson Doz, has been one for six years,” Nicole told SILive’s Carol Ann Benanti earlier this year.

“We all live on Staten Island and I am the only female in my garage, where I operate a mechanical broom — also known as a street sweeper. But I’m often sent across Brooklyn to do regular collection routes.” Yes, that’s Nicole behind the wheel of her DSNY plow during the Bomb Cyclone 2018

STATEN ISLAND, N.Y. — In November, SILive reported Eltingville’s Nicole Doz — first runner up to Miss Staten Island 2017 — landed a coveted civil service job with the City Department of Sanitation, one of only 500 annual new hires out of a large pool of 100,000 applicants.

Last week, Nicole got to work in one of the year’s first snowstorms: Bomb Cyclone 2018. And boy was it a doozy! The newbie tested her mettle plowing none other than the Brooklyn-Queens Expressway in the thick of the snowfall that blasted NYC with 8-15 inches of snow and freezing cold temperatures. “When we work in the snow we go full force,” Nicole said.  “I am usually either in a spreader or a plow because that’s the most effective way to help clear the streets.” 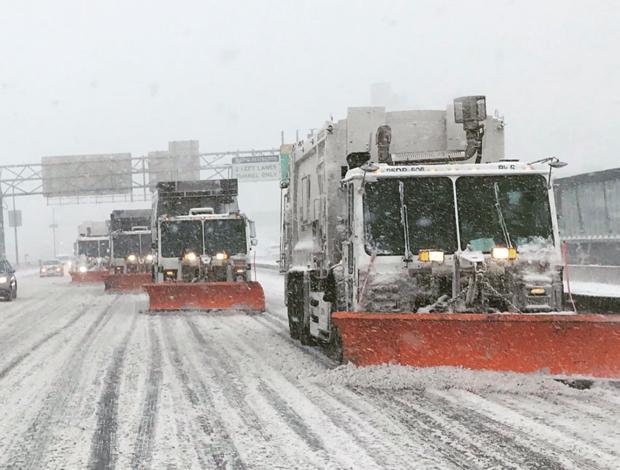 “It was really exciting to work with a group of people to plow the BQE,” added Nicole. “You really feel like you’re making a difference.”